Having achieved everything from a residency at BBC Radio 1 to the front cover of Mixmag, Hanna Wants is one of the UK’s most accomplished DJs.

Hannah Wants has been on a wild journey since her professional DJ career took off in 2010. From the Midlands, Hannah has become one of the brightest stars in the global electronic scene with a loyal fan base and dedicated touring schedule that continues to flourish on a worldwide scale.

2020 was the year where COVID-19 hit the world fully, but prior to that, 2019 was a big year for Hannah after a scorching European summer season that took in everything from Pacha in Ibiza to headline slots performing to over 16,000 ravers at Leeds Festival.

Hannah Wants is a former professional football player who first started making a name for herself in 2010 by playing DJ sets in Ibiza, and was soon after awarded Mixmag’s award for the Best Breakthrough DJ. Following up on that, in 2014 she was also awarded ‘Star Of The Year’.

She has also been on the front cover of leading print publications from around the world and also held down a prestigious residency at BBC Radio 1 in addition to also recording them an Essential Mix.

Hannah Wants has also released music on Dirtybird to Toolroom, and DJs like Carl Cox have complimented her production and charted her music after heavy support in their sets.

Most recently she dropped her track “Lift Off” featuring Nathan Nicholson, and forthcoming is her release “Oh Really” on Armada Subjekt.

A queen of club land, we are super excited to have Hannah Wants provide this exclusive set for the Flow Music Podcast.

You can pre-order her next release from HERE 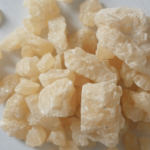