It’s already been confirmed that the 2021 edition of the Glastonbury Festival has been cancelled due to the COVID-19 pandemic and lack of government-backed event insurance.

Earlier in the year, it was revealed that the event organisers had applied for an events licence under a different name from the main festival, and this sparked speculation of a smaller event to take place this year instead.

Their licence application was for a two-day event with live music and the sale of alcohol, and its been announced that in May there will be a live stream meeting to discuss the licencing plans.

It would appear that it’s intended to be a one-off ‘single event’ held on the festival’s usual home ground of Worthy Farm in Pilton, Somerset. Running on a Friday and Saturday in September, it seems intended that there will be live music from 2 PM until 11 PM on both days.

This smaller in-person event being discussed for September is separate from the online-only ‘Live At Worthy Farm’ event being live-streamed on May 22nd.

No camping or overnight on-site stays will be allowed at the proposed concert in September. Currently, it’s uncertain if that means the Friday and Saturday will be two separate one-day events, perhaps with an identical line up, or if people will need to find off-site accommodation to attend one event spread over two days.

Emily Eavis is Glastonbury Festival’s head organiser, and in March she stated: “We have put in an application for a licence for a concert at the farm in September (around the time we’d usually do Pilton Party). Of course, we’ve got no idea whether we will be able to do that, but we wanted to get the application in to be in with a chance.”

Glastonbury Festival is an annual event that’s been running since 1970, and missed its 50th anniversary in 2020 due to the pandemic, so it’s understandable that they are working hard to try and make the most of a bad situation in 2021. 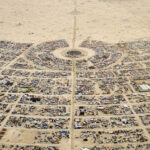 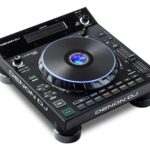