G Flame aka The Advent drops an album of chic house music on Art Department’s No.19 Music.

Cisco Ferreira aka G Flame, is the solo artist behind the iconic project – The Advent, which originally included former production partner Mr. G. He has played a huge part in the development of house and techno, as a DJ, producer and as a engineer working with the likes of Jack Tracks, R&S, Novamute and Tresor. His legendary G Flame moniker was originally used for Ferreira’s more house-infused, techno sound, something he developed in the early 90s.

Folowing his summer debut on No.19 Music he now returns with a stunning LP drawn from his musical vaults which prove why the UK-based artist is such a vital part of electronic music’s history. 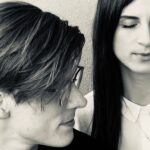 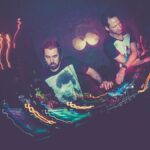