Fur Coat is a name synonymous with quality house and techno, whose melodic style can be heard on labels such as Last Night On Earth, Crosstown Rebels and Watergate Records.

After originally starting out as a duo, Fur Coat is now the solo project of Sergio Muñoz. Not only a skilled producer, he is also an accomplished DJ who has previously been ranked inside Resident Advisor’s Top 100 DJ’s.

Having played headline sets at clubs around the world he has performed at places such as DC10, Watergate, The Warehouse Project, Rex Club, Fabric, Warung Beach and many more.

He has also compiled a mix for the prestigious Balance series in addition to doing an essential mix for BBC Radio 1.

Continually dominating sales charts with his releases, he also runs his own label Oddity Records, and at the end of 2020 released his second production album via the legendary label Renaissance Records.

Most recently, Fur Coat returned to Renaissance Records with “The Storm EP” which features a track from his album “Eye Of The Storm feat. Delhia De France” plus a brand-new cut called “The Mist”.

In celebration of the album and new release on Renaissance Records, Fur Coat has recorded us an exclusive podcast that fully embodies the soaring melodies and epic atmosphere of his melodic style. 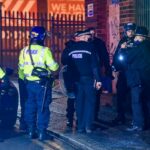 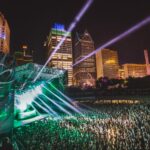