Frank Sonic returned this year with releases on Beat Boutique and Traum. We chat to the Dusseldorf based artist about what got him back into the studio, his long standing residency at Butan Club Wuppertal and electronic music in the social media era.

Hi Frank, tell us about yourself and where you’re based?

Frank: I’m based in Dusseldorf. Düsseldorf is the capital city of the German state of North Rhine-Westphalia and the seventh most populous city in Germany.

Are you still a resident at Butan Club Wuppertal? And where else in Germany are you playing regularly?

Yes. Since 16 years already. I started at Butan in the year 2001 and I’m still into it. It’s my second home, my lovely living room. I nearly know every little corner of this place. For me it’s still an outstanding place to celebrate impressive parties.

Frank: The underground thing. It’s an old butchery and has his own allurement. We throw so many big parties there in the last 20 years. It’s just magic. A wonderful club.

You’ve had recent releases on Traum and Sprout which marked sort of a comeback in a way as you’d not had any new music out for around four years. What was it that got back in the studio?

Frank: Music means everything for me. I never did anything else since I leave the school in the year 2000. Producing tracks was always a challenge for me, as I never go to a production course or anything else. I learned to play piano as a child and I’m a chief in creating melodies and harmony’s but I never understand to work on frequencies or even arrangement things. That’s why I often work together with other artists to finish tracks I started on my own. In the last 2 years I focused on essential things and found the way back to my lovely studio gear. I add a variety in my workflow and learned a lot of things, watched tons of youtube tutorials and felt in love again in creating my own music. I’m not perfect until now and for me it’s still a long way but I’m feeling very good with that.

You’ve got a new single out this week on Beat Boutique, tell us about that and the inspiration behind it.

Frank: The melodic mood of “Sunrise” is already 5 years old. I was in the studio with my long time studio partner L-EX. I think it was a hot summer day and we jam in our old studio that was placed in a dark muffy cellar of a factory. At the beginning of 2017 we opened some older projects, that we started but never finished. So we go on this track and gave it a fresh-up. I sent the demo to my friend Christian (D-Nox) and some hours later he wrote me a whatsapp that his friend DJ Zombi is interested in releasing this track on his label and we are very happy to be part of this wonderful imprint.

Weekend Heroes is a great remixer choice, did you suggest them?

Frank: Their Remix is a blast. When I listened to it for the first time I directly recognized, that it’s a high end club bomb and even better than our original. I love this melodic techno music. They are really Heroes. And not only on the Weekend – also in the studio!

Who was the first big Dj to support your music and how important was that moment in terms of inspiration as well as being validated as an artist?

Frank: My first releases came out in 2004/2005. It was more really rollin’ techno, faster than today. Our tracks has been played by a lot of big artists but for me it always was more the dj-thing, that gave me the daily power and motivation to live this dream. When I played the warm-up for djs like Sven Väth or Chris Liebing and got a good feedback for my set it always was more important for me than that DJ XYZ played my music somewhere. For sure in the year 2017 with the social media blast it’s cool if you got support by big names on your tracks – but for me the dj thing has still a more significance.

You’re from a different generation of artist, one where there was no internet, what do you make of the way things are today? So focused on social media, likes etc. Has the music been a bit lost in all this or is it stronger than ever in your opinion?

Frank: I don’t know what would happen to music if the social thing has not exploded in this way. It’s important to get likes. It’s important that you get the DOWNLOADED FOR R.HAWTIN Feedback on your Promo. I think if you are doing dance music it should always be like this. Make the people dance. If you pay for facebook or instagram to got a bigger audience it’s okay cause you maybe make more people dance. I got my first gig in the year 2000 already through the internet. My mum was always very fucked up cause our phone was always busy when I was online with the modem and nobody can call us. Thanks god for DSL, 3G and LTE. The world never stand still. I never would say that the old time was the better one. We are living in 2017 and if there are no stupid idiots we can expect a fantastic future.

Are there any things that you’d like to voice that are bothering you about the scene right now?

Frank: For sure there are always some things that I don’t like. I don’t like promoters that fighting each other. The cake is big enough for everyone in my opinion.

You`ve played at a long line of big festivals and events from Mayday to Nature One, which ones stand out looking back and why?

Frank: Playing mainstages on important festivals is always a pleasure. I like playing that big stages, fuckin’ huge soundsystems and for sure it give you a great audience to play on events like the legendary mayday. It means a much for me cause it always was a little dream for me to be apart. But I even like the small, stinky clubs where the DJ-Booth is full of stickers, dusty and soggy instead of a big clock infront of your set-up, letting you know how long you have time left before the next artist will follow up. I like to play long sets. I like to extend my set when I’m in the right mood. On festivals everything is well planned. Your drinks are cooled I a own fridge next to you. But as I said. I love the impulsively character of club gigs and twelve hour sets also.

Your label Techno League has been a bit quiet this year, what does the future hold for the imprint?

Frank: I’m always doing that what I want. In the last years my focus was not on my own label. I think that there will be a point, where I will go on with it but right now it’s nothing planned. We will see what will happen in the future with it.

Who are some up and coming German artists to look out for?

Frank: There are a lot. I think that young producers like Tim Engelhardt are on a very good way. And I know that my friend Drumcomplex definitely will reach the next level in the next years. He is not only a fantastic producer and dj. He is a very great person with a lovely character, which is very important to be successful with that what you are doing.

Can you tell us what other releases and gigs you have coming up?

Frank: Okay. Speak it out. Haha. I am working together with my friend L-EX on a huge concept album. We already finished 10 tracks and I hope that it will be out in the first half of 2018. My next solo release will come on Tube & Berger Labels Kittball. The track “What’s Up NYC” is finished already but I have to give it a final touch in the next few days. Time. That’s something I miss. I need 30 hour days and 10 day weeks. Then there could be even more music out of me. But we will see.

Let’s end with your current Top 5.

Frank has new music out now on Beat Boutique, you can purchase the release: here 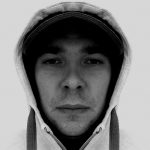 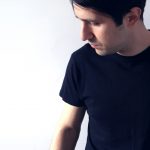