Ninetoes has featured on some of the most iconic house labels around, ranging from Moon Harbour to Hot Creations.

Based in Germany, Ninetoes also heads up his own label Head To Toe, and his next release sees him debut on Jamie Jones’ Hot Creations with a new EP titled Same Same.

Based in Stuttgart, Ninetoes made a splash in 2013 with his hit track “Finder” that became something of an Ibiza anthem with its steel drum melody giving it a distinctive sound.

Finder opened the floodgates, and it wasn’t long before Ninetoes was considered one of the most hotly-tipped artists on the house scene.

Soon after, he was signed to do tracks and remixes on labels including Moon Harbour, DFTD, Crosstown Rebels, Avotre, Saved, Suara, Mobilee and Play It Down.

Although he first rose to fame as a producer, it wasn’t long before the world soon picked up on his skills behind the decks, and he started to travel the globe as a headline DJ.

We are super excited to have this exclusive mix from Ninetoes for the Flow Sessions Podcast series. Stripped back grooves with funk-fuelled basslines it’s a mix that focuses on flowing percussion.

Sitting somewhere between Tech House and minimal, this mix paints sonic pictures of sunny days, and deserves to be turned up loud! 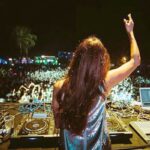