Dutch artist Estroe is synonymous with creating innovative, outside the box productions. It’s this approach that has landed her releases on Bedrock Records, Connaisseur Recordings and Flying Circus, with Dave Clarke and John Digweed being two of her most steadfast supporters. We had a chance to catch up with her on the cusp of a new EP for Lessismore.

Hello Estroe, I hope you’re having a good day and thanks for joining us, what are your plans for this week?

Hello there, thanks for having me! My plans for this week are doing some school work (I teach at a music conservatory) work on new productions and explore something for a live set with a video artist I’m working with.

Tell us about the Netherlands, have you lived there your whole life? and how has living there shaped your sound and career?

Yes, I was born here and lived here all my life. I lived in Amsterdam for a long time but I moved to Rotterdam 10 years ago. Living in those big cities must have had influence because house and techno started here pretty early and I was in the middle of it.

Where do some of your early musical influences lie?

I’ve been into Hip Hop, Disco and R&B before I got lost in house music (in 1989) So in my productions you can hear (people told me, I don’t hear it myself) the FM sounds of the 80’s  (Ive been a big fan of Roxy Music for example)

If you like to know about my musical background, I did a video interview that zooms into my musical journey and inspirations a few years back:

I also did a podcast about my musical taste throughout the years for Marc de Pulse:

Do you have a vinyl collection? and if so what are some of your most prized records?

Yes I do, But I don’t actually care if there are prized records in my collection, the emotional value is way more important to me!

When you were finding your way, spending your university nights at clubs at what point did you know you wanted to be a DJ? And how did this eventually lead to exploring production?

As a nurse student I selected the hospital as close as I could to where all the Amsterdam clubs were based. And I would go out 4 nights a week, dancing at night, nursing and studying during the day. In comparison to my friends I always had an opinion about the selection and vibe a dj would play. But I never knew I wanted to be a dj for sure until a friend offered me to practice at her place. It seemed that I had talent and I decided to buy gear and I started collecting vinyl and I practiced every day. Pretty soon I had my first bookings. (this was in 97/98)

In 2003 I became curious if producing would be something for me. I just wanted to try and it was a good time because of all the software that came out around that time. So I just went for it, looked at friend producers studios who explained me stuff about the DAW’s they used. I also read a lot of books and magazines and just figured out all the software by trial and error. It was quiete a heavy time, working my shifts at the hospital, dj-ing in the weekends and in the spare time I spend hours and hours behind my computer.

Would you say DJing is more or less of an art form now as opposed to when vinyl was the only option?

No I don’t, look at all the DMC contest with the turntablism art from back in the days. I think both the past as the present hold their own art.

Your productions always carry a great musical quality, very timeless in execution, is this something you strive for in the studio and what do you want your music to convey to the listener?

Yes, timeless is something I value high, although when I start a production I don’t think, let’s make something timeless 😉 But I just try to make whatever I feel like and not be influenced too much about what is hip and happening. I want, like most producers – to mean something for the listener. I also use my music as a kind of time stamp. Most tracks reflect a feeling or a phase I go through, growing all the time as a person and a producer. Every new track has also a new learning curve most of the time, because I’m constantly learning.

You have an amazing EP out soon on Lessismore, tell us how the project came together, is there a distinct connection between the two tracks?

Thank you! To be honest, when Lessismore asked me to send some of my music, these were the two tracks they liked the most. Both tracks were made at different times, and I wanted to make a 2018 version as well, it will be added to the EP.

Why did Lessismore feel like the right home for this project?

We go way back, Lessismore is one of the first labels I released on and I know them very well. It felt natural to do a new EP with them.

Was there ever a discussion on a possible remixer on the release? And how do you feel about your work being remixed in general?

No, I don’t actually recall a discussion about it, But they did like me to a 2018 version of The Whole Show.

Talk to us about your Rosedale Records imprint, what eventually led you to start it and what vision do you have for it?

Actually I’ve decided to put Rosedale on hold for a while. As I was saying, I started teaching at a music conservatory for POP and Electronic Music and it’s such a nice and challenging job that I had to skip one of my other projects in order to be able to keep producing. In the end I find producing my own music more imported than my label. I might release new music on Rosedale again, but I’m not sure about it yet.

When you finish a track or even an EP what is the thinking process behind deciding if you send them somewhere or release them on your own label?

When I would send my music to a bigger label it would result in more exposure and more listeners. But unfortunately many of the big labels don’t respond, or respond very late, or they sign something but it takes forever before it comes out. Communication is ‘a thing’ for a lot of labels and I am very critical about it. I really don’t mean this in a bitter way, just a realistic one. In the end that;s why I often decide to release music on my own small label.

But maybe when I have a new EP ready I will aim for a ‘big’ label, not sure yet if I will find the patience, ha ha.

What are the biggest challenges you face as an artist in the industry right now?

The challenge that I’ve been around for a long time now and to keep things excited, to keep motivated. But since I started working at the conservatory my students and colleagues are giving me a lot of inspiration and I learn a lot from them.

There are a lot of factors which affect the perception of an artist other than his music these days, social media for one, how much emphasis do you put on stuff like this?

I found social media always very important, it’s impossible to promote myself and the label without it. But that being said, at the moment I’m pretty fed up with it. I decided to only use it when I feel like it and do the most necessary when a new release comes out and for the rest I ignore it. I have a small puppy and I do like to post a lot of dog pictures and videos on his special Instagram account. 😉

If you had to choose one, what would be your most memorable gig thus far? Is there one that stands out in over 20 years of travelling?

There are many that stand out. A gig in a train, a gig on a huge festival, a gig during wintersports, gigs in Japan (I LOVE Japan). So many memories, I’m thankful that dj-ing gave me the opportunity for all these experiences.

Where can fans hear you in the coming months and what new music can we expect before the end of the year, anything you can share with us?

I am back to my basis, making music without pressure from promoters, which results in more experimental stuff. But I’m slow…I don’t want to give myself pressure because I found out that it kills my creativity. So no promises but I do have some new stuff ready, not sure where to put it yet. I’m also working together with AMMO on a collaboration with sound and video, but also on a very calm tempo. 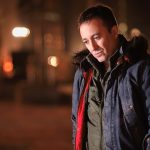 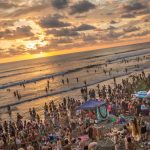