Kanzler is not just a wizard in the studio but behind the decks too, with his live sets combining Native Instrument’s ‘Maschine’, with two Allen & Heath Xone K2 mixers, linked up to to four decks with an iPad to control FX on the fly.

Later this month he releases his new album ‘HOME’ on the legendary Bush Records, which has been a home to iconic artists such as Carl Cox, Dave Clarke and Joey Beltram.

Torsten relocated his studio to the rough harz mountains to get inspiration for the album, which showcases his versatility from solid breaks, to the straight forward pushing arrangements and the typical darkish and intense Kanzler-esque sounds.

His obsession and love for techno is reflected with with numerous releases on in-demand labels and his own imprint TKR. 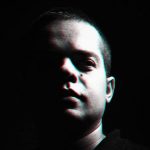 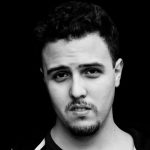