As the iconic Body Language mix series hits a 20th essential edition, Get Physical enlist the ever-talented Emanuel Satie as the man to curate and mix it.

Berlin based DJ and producer Emanuel Satie, has been a vital artist over recent years, with an impressive output of releases on marquee labels such as Moon Harbour, Knee Deep In Sound, DFTD and of course Get Physical. He is currently riding high following a recent BBC Radio 1 Essential New Tune with his stunning track ‘Don’t Forget To Go Home featuring Billy Cobham’. He has included this in his Body Language mix, alongside another self-penned track ‘Paris featuring Mama’, as well as a fine remix of Jay Haze’s feat. Big Bully & Sven VT’s ‘Soul In A Bottle’ which is sure to be finding favour in discerning record boxes, and will be released as a stand-alone release later this summer.

This latest Body Language mix is another fresh instalment that champions the Get Physical sound as well as being a tasteful snapshot of the best deep and tech house has to offer. Listen to the mini mix here:

Body Language Vol. 20 by Emanuel Satie is out on Get Physical Music on 7th September 2018. Pre-order / purchase HERE. 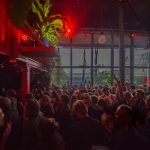 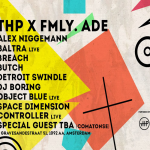