Danny Oliveira is most famously known within progressive circles as one of the finalists from Sasha’s “Cut me Down” remix competition and still regarded by many as of the most talented artists of his generation. After a long production hiatus he’s back and he’s better than ever!

Hi Danny, for those who aren’t aware, please give us a quick backgrounder on your major career highlights

Thanks for having me C-U! I’m from São Paulo, currently based in Rio. Highlights? Let’s see… toured with many of the big names back in the Trance days at a very young age, a very fortunate thing to be part of. Got my 1st spin at the Loveparade when I was 22, that was an insane experience. Had a few other perks here and there. Made some music for Adidas, they featured it in a TV spot during the World Cup in 2008, my “Aquatika EP” on microCastle got massive recognition. Had a few top 10’s on digital stores. The Sasha competition back in 2011 was another thing I guess.

We know you’re not a big fan of labelling music and wrote to your fans “not everything is progressive, not everything is techno”. We guess that’s why you’ve released music across a number of different monikers over the years?

Aha! I did write that. Yeah, to me,producing different projects makes me understand my approach to music from different perspectives, I guess that’s what it does. Mainly it parts from the choice ‘not to; ever repeat the same thing over and over again. You do that time after time enough that it becomes an ability, till it becomes a priority. To me, that makes me feel ahead. Personally, it makes me feel part of something greater. Styles are strong representations for tons of opportunities and if it’s branded correctly, it can grow a lot that it carries. So we need to respect the ideals within each style, their ‘leaders’ and ‘members’. Just like some one said “Hey this is Progressive House” back in the 90’s, some one else is calling it “Melodic House” or “Melodic Techno” this is called evolution. People have ideas, others follow. That’s the way the cookie crumbles. 🙂

Talk to us about your latest release on Timeless Moment as DNYO and the inspiration behind it.

The idea behind DNYO has always been based on blending sounds and styles that I really love. I can’t get around not loving Techno, Progressive, Breaks, Ambient and everything in between. So after I took a break to study and produce new ideas for the past 3 years, I picked those 3 for Danilo. I like that the Progressive sound in DNYO is tough, dark and pumping. I really like when I hear darker styles of House music. If I get a chance to see my music up at the top because it sounds different, then hey, I’m doing some meaningful.

Danilo has done an amazing job with his label and trying to cultivate a progressive scene in Brazil. How did you two meet and strike up a partnership.

It’s a funny story actually. Danilo used to go to my gigs some 8 years ago, and he would always come after my sets to say hi. So one day, he contacted me via social media, but he did because he found out I was DNYO. And I was so used to this back then. People from here just didn’t know DNYO was a guy from Brazil, just the other week some people a facebook group had no clue that I was from here. It was André Sobota and I producing this type of sound down here. There wasn’t a “scene” or anything that could’ve supported me during this phase and so I would go out and tour outside of Brazil. To his surprise he also found out I was living in Rio, and thats how hooked up. He’s been so active with Timeless Moment, it’s crazy. He works hard, understands music and the business. And because of that he’s a very convincing guy, he knows what he’s after. He knows I mentioned I had a ton of music waiting for the right moment, so one day he called me and said “Danny, the time is now”.

What’s been your biggest success or achievement so far?

Staying healthy, staying sane. Thats it. Till the day comes and I ‘ll get rewarded for some type of recognition to my music, a big one, professionally, then I’ll change my answer. 🙂

Talk to us about the music scene in Sao Paulo. Where’s hot? Who are the big names locally, plus how often are you playing?

Emerging independent parties like ODD, Mamba Negra, are really hot at the moment. Also the new brands that work around a certain style, up and coming labels, these are delivering some real good parties, taking their nights to clubs like D.edge and a few others. I’m lining up a few dates right now as I come back to the night life after this long break. This month I have a couple of dates in the South, one in Curitiba. There’s a growing scene for the Progressive House sound in the south of Brazil towards Argentina.

How difficult was it at the start to get promoters to take you seriously and break in to the circle within your local scene?

Regardless of many things, the approach can be quite difficult. But It’s good to mention that when you are younger, it can be easier, maybe a lot easier, because you are not so worried about failing. But it requires a lot of personality. So you always count on the music to push you. To me, producing something different really closed that gap. Thats when things happened on a whole new level for me. If I can make the right music and connect it to the right people, right time and right place, a ton of stuff can happen. Thats my story.

Talk to us about your DJ setup when you’re performing

I have a thing for CDJs, always have, always will. The more of them on the booth, the more exciting it gets. Vinyl mode on, lots of cue points and loops ready for my transitions. I have tried Traktor many times, but unless you are using the computer to incorporate something a bit more live, and when I say live I mean really “live”, then I don’t see the point. I’ve been accumulating some new hardware over the past few months for a live performance for a new sound I’ve been creating. We’ll see how that goes.

What are your production goals for the future and do you have any other things in the pipeline that you want to share?

I will be working on implementing this new sound as Danny Oliveira. My love for techno is the brain feeder on this one, I wanna see what happens next. I’d like to hook up with some really cool labels for this new DNYO phase, I have so much music it’s not even funny, overwhelming to say at least. Then I’d like to put out my 1st record. Exciting times ahead. 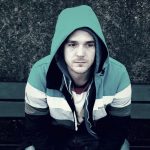 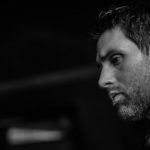