DJ products are starting to cost more and take longer to arrive.

DJ Tech Tools’ has released a report that outlines reasons why some DJ equipment is becoming harder to get and raising in price.

Over the last 18 months, there have been a number of separate issues that have culminated in a perfect storm that has started to affect the end consumer. Some of those issues include a microchip shortage along with other components, and increased staff, plus shipping costs. There is also a sudden rise in demand due to the return of live events, and some suppliers are struggling to keep up.

DJ Tech Tools’ run stores that sell third party DJ equipment along with custom DJ controllers and other music technology, so they have seen the issues from all sides, and been well-positioned to collect information about the problems.

One of the biggest issues is a global chip shortage, which has impacted on many other industries including car manufacturing, graphics cards and videogame consoles to list only a few.

MI SalesTrak is a retail sales tracking program for music equipment, and they made an official report, saying: “Higher costs of shipping and component parts have contributed to higher selling prices. Fifteen of our twenty reported product categories have seen substantial increases in average selling price versus a year ago.”

It’s currently unclear how long the delays will last and if any raises in cost will be temporary or permanent.

You find out more and read the full report HERE 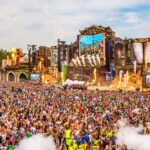 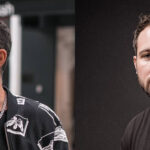