DJ Chus is an electronic music artist from Madrid in Spain whose style ranges from tribal tech house to melodic house with organic textures.

Also one half of the duo Chus & Ceballos, he is the founder of Stereo Productions, and creator of the pioneering Iberican Sound.

He is a veteran artist who has a career spanning well over a decade, and his self-taught style has helped him carve out a unique sound that has led him to become one of the industry’s most respected DJs.

Known globally for his incredible productions, he has even done official remixes of superstars such as Madonna. His versatility as a DJ also enables him to play impactful sets in both small clubs and festival main stages.

His charisma and outgoing personality can be heard in his music and the way he engages with a crowd so people feel like he is on the dance floor with them. DJ Chus represents an invaluable legacy of sound, where his blend of styles is his dogma and the quality, his message.

The music of DJ Chus has been released on labels such as Toolroom, Snatch! plus Nervous Records, and his most recent release was a collaborative EP with Tosz and Rosewall on the REDOLENT imprint.

We are excited to have this exclusive podcast, and you can pick up a copy of his new release from HERE 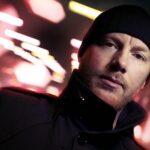 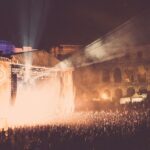