Defected is one of the biggest brands in house music, and this Friday they are hosting a charity live-stream event to fundraise for the Ibiza Food Bank.

DJs performing sets include Danny Rampling, David Penn, Roger Sanchez and the Melon Bomb crew. The stream will come from a mixture of locations including the roof of Ibiza’s Eden, and the Wild Corner in Hï Ibiza.

Local lad, Manu Gonzalez will be streamed in a location that has views of Dalt Villa in Ibiza town.

This streaming event is also part of Defected’s Press Play series, which has previously seen DJs like Folamour, Riva Starr and Monki play varied sets via the brand’s Twitch channel.

Discussing the fundraiser for Ibiza Food Bank, Defected gave a statement saying: “The Ibiza Food Bank’s mission is to create a community of volunteers across the island who will collect food, coordinate donations, volunteer on local farms, man collection points or work in the food bank itself. The food Ibiza Food Bank volunteers collect will be prepared and donated to their charity partners.”

The stream starts 12 pm BST on Friday the 16th of April, and can be accessed via Defected’s Twitch channel HERE.

You can make donations to the Ibiza Food Bank on their GoFundMe page HERE. 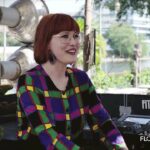 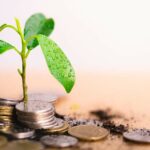