Suleiman is a relatively new label that’s already featured contributions from Kris Wadsworth, Butane, Pheek and Alland Byallo. Adding to that already impressive list of artists is Dave Aju and Jay Tripwire, who both provide remixes on the label’s new release by Darem Aissa.

Darem Aissa is the label owner and this is his third EP on the imprint that we are told has been popular with many DJ’s and picking up support from names like Timo Maas, Hot Since 82 and Silicone Soul.

Style wise the original mix of the title track “Ylang Ylang” is relatively upbeat with thought-provoking vocals, and metallic melodies played over percussion-rich in samba style sounds that give it a bit of a carnival vibe.

The original’s genre is probably best described as tech house and Dave Aju keeps his remix along the same lines, but draws focus to his own bassline which becomes the staple of his version.

Jay Tripwire who has previously showcased his style on other labels including Akbal Music and Poker Flat, has taken a very different approach with his distinctly minimal version. Dark pads building with tension are very much the dominant element in his version.

You can buy a copy now from HERE. 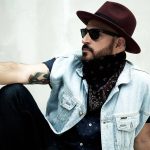 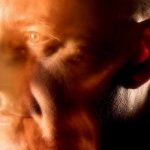