Berlin officials have announced that dancing will be banned in the city’s nightclubs from the 8th of December.

The decision made by the Berlin Senate has been confirmed in multiple news sources such as Berlin.de, and follows a nationwide decision that German states with a COVID-19 infection rate exceeding 350 new infections per 100,000 people, must close their nightclubs. The current rate in Berlin is around 361, and that’s what has prompted this decision.

Instead of closing clubs, Berlin has found a compromise, and instead allowed them to remain open, providing there is no dancing, but this may change due to ongoing legal proceedings. Restaurants and bars in the German capital will also be allowed to remain open, but only with restrictions on capacity and social distancing measures introduced.

Germany is currently seeing a sharp rise in COVID-19 cases and clubs in other states such as Bavaria, have already been forced to close until further notice.

Currently, it seems unclear when the nightclubs in these states will be permitted to reopen, and when Berlin clubs will allow people to dance again. 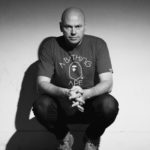 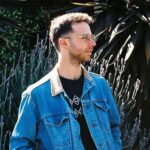