The huge increase in sales follows this week’s announcement that Daft Punk has split up.

Earlier this week French duo Daft Punk announced they were splitting up.

The news of the split quickly went viral with electronic music fans all over the world revisiting their favourite Daft Punk tracks and albums to pay homage to their iconic legacy.

Many are sad to think that that there will never be any more new music from the band, and this adds additional nostalgia to the classic cuts from their 28-year history.

Unsurprisingly this has led to a sudden boost in sales from the bands back catalogue, but the exact amount has proven astonishing!

The spilt was announced on the 22nd of February and on that day streams spiked by 500%.

According to analytics from Alpha Data, their song sales rose by 1,335% and digital album sales, by 2,650%.

Their LP, Discovery proved the most popular with 1.5 million streams, on February 22, and its digital album sales rose by more than 8,000%.

In ascending order, the songs streamed the most were “Get Lucky”, “One More Time”, “Harder Better Faster Stronger”, “Around the World”, and “Instant Crush”.

Although it appears that Daft Punk is finished, it certainly seems their fans are not, and it begs the question what’s your favourite Daft Punk track or album?

Find out more about the bands split HERE 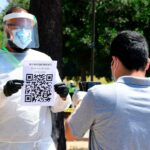 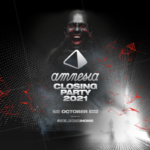