Citizen Kain takes on every techno genre smoothly, and with an experienced technique. He refines all his music, conserving the very essential, and the few notes/sounds that reveal its true power.

His most recent release is a track called “Charly Charly” on Maceo Plex’s label Ellum, and we are super excited to have him record an exclusive podcast for Flow Music.

To help give an insight into his mix, Bruno aka Citizen Kain also ran through a few quick questions…

Hey guys, glad we did this. Well, with this podcast I tried to deliver a set starting with a nice and positive vibe, what we absolutely need during those hard days, to melancholic moments, I think it’s also a vibe we are in at the moment, finishing with more intense and energetic tracks.

Always a hard question, if I’ve put those tracks in the set, it’s because I love them all lol.  But let’s say it’s “The VergeI” by Innellea as I really love their stuff! Of course, I also played some of my tracks, including the one from my latest release on Maceo Plex’s label Ellum called “Charly Charly”. I also played 2 unreleased tracks that I made during the pandemic, one is named “Ghosts & Shadows” and the second one is a collaboration with my friend Kiko called “Unsung”.

I produced a lot of tracks since the beginning of the COVID situation, obviously, I spent a lot of time in the studio. They will be part of the album I’m currently working on, so I continue to accumulate the tracks to complete the concept and story behind it. I already have a next release planned in June that is called “Stultum feat. Aves Volare,” and it will be released on Undercatt label’s Notturna Records. Then there are a lot of new things that will follow!

Definitely with some friends, drinking a good rum and smoking pot on the terrace of a house in the middle of the jungle of Koh Phangan in Thailand! Why… I guess because I would love to be there right now 🙂

Stay strong my friends, take care of your family and friends, we will soon again have one big dance! 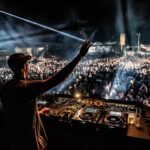 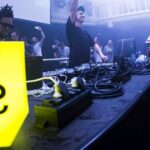