Tim and Pierre aka Chambord are respected producers whose music can be found on influential record labels ranging from Blond:ish’s Abracadabra to Sabo’s Sol Selectas.

Their majestic DJ sets are known to enrapture dance floors with their spellbinding blend of emotion plus building energy and their extended 3 hour and 33 minutes DJ set for Flow Sessions is nothing less than spectacular.

Along with their epic DJ set, the guys also took the time to answer a few interview questions…

Thank you for crafting such an eclectic and captivating mix for Flow Sessions. What were some of your favourite tracks here, and any unreleased material that we should be looking out for?

Tim: Hey guys, thank you so much for inviting us. We really loved doing this podcast, it’s amazing because it’s very different from a DJ performance, for podcasts you can play more with the different genres and rhythms as well, and when you have more than 3h, you have all the freedom you need.

Honestly, it’s difficult to choose one part but we really like, the 1st hour and also the decompression at the end of the podcast’s journey is where we could play more of our music. We have a few tracks unreleased from our label that are going to be released soon, some tracks from our friend Joep Mencke, but also some from us. It was a great way to share our favourite music, as sometimes it’s way more difficult during a DJ set in a club.

What appeals to you or inspires you most these days, between performing live, producing music and running your new music label?

Pierre: These days, we’re lucky because we have so many ways to express our music. DJ sets are an old habit for us now (more than 10 years of DJing), but we still love digging and offering different journeys to the crowd. Live is different, we have to be super focused on everything, but the feeling of playing our tracks is amazing. And the label is quite new also, and honestly, it was one of our dreams too, it’s super exciting and we work a lot to offer something nice and different.

You recently launched your own label Around Midnight with a beautiful remix of Radiohead’s Reckoner. What other artists have been an influence? And what other upcoming releases should we look forward to?

Tim: Thanks guys, we couldn’t be happier to release that remix as a first release. We have many different influences, as we each come from a different culture. For example, Pierre has the influence of Disco artists such as Quincy Jones and Nile Rodgers, but I’m more into Marvin Gay and Motown.

Pierre: We have a lot coming up, and we can’t wait to share the new releases. The next release is going to be Illich Mujica with two amazing originals, plus two remixes from the amazing Landikhan and this super-talented girl from Berlin called KARLÏ. Then we will have Joep Mencke, and a little VA with newcomers and well-established artists such as Dandara and Deenara…

Tim: I’m so in love with this scene because there are a lot of changes. Newcomers, some older artists who are coming back, it’s in perpetual motion, and it’s amazing. In terms of emerging producers, there is an amazing French scene that’s coming with WAHM, Notre Dame, Rammo and also some artists such as Invoker. We also really love the work of Theo Meier and Sanoi, but there is too many to name them all, and that’s partly why it’s so nice.

How do you feel about genres these days, i.e., the nu disco and indie dance sounds have made a comeback in the scene over the last couple of years?

Pierre: Before we were so much into genres, G-House, Hot Creations music and so on… because our sound was not mature enough, but now we really found our sound, and we’re not following the trends anymore. Of course, we have some inspirations, and do have some influences from the scene. The drums that we hear today on Nu-disco or Indie Dance tracks are amazing and so tight, but we’re going to pick our own sound instead of copying a genre. But it’s always nice to have some new influences as it gives a creative boost to the music.

Tim: We are very lucky to travel to many countries, and we love discovering new countries or cities. We’re always looking forward to going to places like Mexico or Turkey, as we really love the people there, and their sense of hospitality is amazing.

The next big trip will be our North America tour including Mexico and the USA, and we are super excited now that we have our visas. We have 12 gigs there, and can’t wait to go. And of course, it will be a dream to go to Australia, never been in Oceania or in Asia, so we will have to think about a little tour there 😉 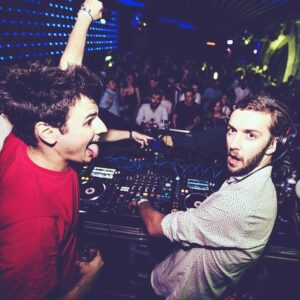 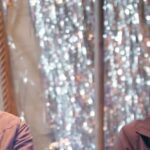 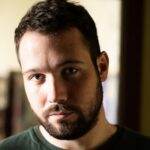