This news backtracks on a previous announcement from the organisers who had originally said a vaccine would be necessary. Revisiting their decision about vaccines comes after criticism from festival fans.

Marian Goodell is the CEO of Burning Man, and she mistakenly said that where Burning Man is being held had local legislation that required attendees of large events to have received a vaccine.

After sharing this information in a vlog, Marian Goodell was met with outrage from the festival’s audience of attendees. The event is planned to run in the American state of Nevada, and it appears the original announcement came from a misunderstanding of local COVID-19 guidance.

In a following vlog, Marian Goodell said she originally mispoke, and continued to say: “We are super aware [of concerns] and thank you for your feedback, and we are weighing the gravity of what that does. And we know that [mandatory vaccination] challenges the concepts of radical inclusion, but at this point we kind of look at the ten principals as kind of a body or work, and civic responsibility weighs in there heavily.”

She then continued: “Health and safety of our gathering of people is the number one priority, period, straight up. So actually, requiring vaccines is the way we’re leading with that health and safety plan”.

Apparently, it’s still not 100% certain if Burning Man can go ahead this year, but a final decision will be made before the end of the month. If the event does run, it’s already announced to have a lower capacity of 69,000 instead of its usual 80,000, and there is a chance that number might still be lower. 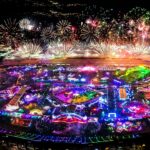 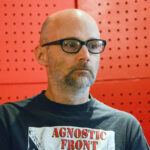