Ask anyone in the know and they’ll all tell you the same thing: Italy’s house music scene is on fire right now. Bologna is a town that’s fast garnering its reputation a discerning home for serious house and techno talent.

DJ Cream, is an upcoming producer with based in Bologna who also runs his own label, the quite brilliant (and very-worth-checking) Smile&StayHigh. With his inaugural solo EP having just dropped on Robsoul, we decided to put some Qs his way, and here’s what went down…

You have been heavily involved in Bologna scene for all of your career. How would you say the scene in Bologna is different to others?

You mentioned Bologna’s ‘golden era’ just now, which amazingly was now over 20 years ago. Would you say that the current scene can rival the ‘golden era’ and what would you say sets it apart?

Well, I think it’s important to point out that what is happening now is a direct consequence of what happened in the ‘golden era’, mainly because we’re so heavily influenced by what’s come before and all the previous generations. That said, we’re still aware that we want to write our own story, so before we can even begin to compare it’s up to us to keep working hard!

You set up the Homequest crew in 2015. What can you tell us about this group?

First of all we’re a group of friends. We’ve known each other since we were kids and we have the same strong passion for music, and everyone has their own personal style within the group. We’ve got DJs, producers, singers, writers and so on all involved. Most of the time an afternoon with these guys quickly turns into a four-hour jam session!

So far, Smile & Stay High has only released your own material. Do you plan on bringing other artists into the fold?

Haha, well I can’t say too much about this right now, but lets just say I’m planning a really nice surprise for Smile&StayHigh03!

What can you tell us about the latest EP on Robsoul? What inspired it? What sets it apart from the ‘MPC Trips’ release?

For me, the Robsoul release was an amazing achievement. The label is really important to me because it was the soundtrack of my childhood, and producing a record for the label is like playing for your favourite football team. Basically, a bit of a dream come true! In terms of influences, I would actually say it was the label itself that was the biggest inspiration. With MPC Trips I don’t find any particular difference between the EP on Robsoul though. At the end of the day, it’s just my style and I hope you’ll dig it!

Are there sonic differences between the different 320KB sublabels? Which would you say is closest to your heart?

There are no major big differences, but every label has its own style. Smile&StayHigh is my personal project so I would say that’s the closest one to my heart, but at the same time 320kb marked our first step into releasing music. A bit of a tough question though!

Which artist are you proudest to have released?

If you could pick 3 artists to work with you on a track, who would they be? And why?

Only three?? That’s not really fair, but anyway, I’ll go for Enrico Mantini, Gemini and Glenn Underground. I can’t imagine what this three could do together. Enrico is my favourite Italian producer – his records never leave my bag, in particular the one on our label as Deep Choice. With Gemini, his works are crazy and Glenn Underground is really one of my favourite producers all round, beats, melodies, everything with him is perfect.

Is there any artist that you would like to release music by but haven’t had the chance to yet?

There are a lot of artists that I would like to release, that’s one of the reasons why I started my own label. The list is sooooooo long but if you want to see the first ones you have to stay tuned on the next release. Lets just say Smile&StayHigh03 will feature a few big names..

What can we expect from your labels in the year ahead?

I’m working alongside with Bassa Clan, Nudge and Jackie on the BoloRepresent project, the third EP will be out in the second half of May. About 320kb we just released the Black House Native EP that is a project made by Flavio Vecchi.  Smile&StayHigh02 has just been released too, you must check the track featuring ALO, an Italian singer with a really special voice. As I told you before Robsoul EP is out now so enjoy it for the moment, but prepare yourself because as a great guy says, “Can’t Stop, Won’t Stop”! 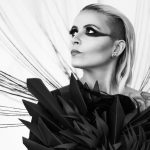 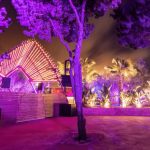