Taking place on September 15th, Suicide Club is running a free to attend a talk about the drugs GBL and GHB, which are both substances sometimes used recreationally.

The talks are planned following the death of a 25-year-old woman who is suspected of overdosing in the venue after allegedly taking GHB. She was found unresponsive and was taken to the hospital where she later passed away.

According to drugs.com, Gamma-Hydroxybutyrate aka “GHB is abused by teens and young adults at bars, parties, clubs and ‘raves’ (all night dance parties), and is often placed in alcoholic beverages. Euphoria, increased sex drive, and tranquility are reported positive effects of GHB abuse. Negative effects may include sweating, loss of consciousness, nausea, hallucinations, amnesia, and coma, among other side effects.”

Following the death from drugs taken inside their venue, the Friedrichshain based Suicide Club has partnered with harm-reduction initiative SONAR BERLIN, to run a two-hour “open forum” about GNB and similar substance GBL.

Hosted at Suicide Club, the talk starts at 8pm and explores the different views and opinions linked to the drug. The venue shared news of the discussion forum via an Instagram post which can be viewed below… 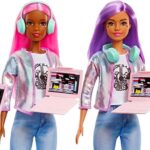 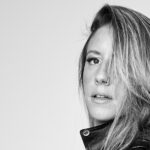