Ben Böhmer’s album ‘Begin Again’ was released in 2021 via Anjunadeep.

With over 40M streams to date, a fully sold-out tour across 30 cities and 35,000 tickets sold, ‘Begin Again’ and Ben continue to impress the electronic music community. His album has been extensively supported across BBC Radio 1, with plays from Danny Howard, Pete Tong, Clara Amfo, Sara Story and Sian Eleri, ‘Beyond Beliefs’ was the most played track on SiriusXM Chill in 2021 and Ben’s summer has never looked busier with over 21 festivals across three continents.

On ‘Begin Again’ (Remixed), Australian-born, London-based producer and DJ Teneil Throssel, AKA HAAi, delivers an intricate, techno-infused rework of ‘Escalate’ characterised by her signature heavy-bassline sound. HAAi started her career playing weekly shows at London’s Phonox, and was soon after booked to play on the iconic Genosys stage at Glastonbury, rapidly gaining devoted followers through her self-described “chaotic” DJ sets.

With the newly announced album ‘Baby, We’re Ascending’ accompanied by a cover feature on Mixmag, and the release of ‘Lights Out’, a collaboration with Fred again.. and Romy which has won stamp of approval from NME, Pitchfork, The Fader, Billboard and DJ Mag, accumulating over 5M streams on Spotify alone, HAAi’s star is burning bright in 2022.

‘Begin Again (Remixed)’ also includes fresh reworks from Irish electronic DJ & live act Matador who takes ‘Fade To Blue’ into dance-floor territory; up-and-coming London-based act niina, who crafts an energetic remix of ‘Once’, and last but not least, the self-described ‘techno marching band’ MEUTE close off the project with their soft, quasi-orchestral rework of the album’s track title ‘Begin Again’. 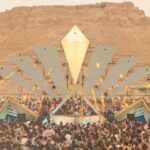 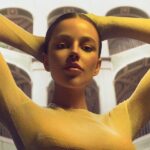