The nightlife hub is set to revitalise Sydney’s central business district (CBD), and YCK Laneways is a going to be spread across three blocks in the area.

‘YCK’ is an acronym that refers to the York, Clarence and Kent Streets which are three blocks that make up the new nightlife hub. Those blocks are located between Wynard and Town Hall in the CBD.

Currently, this area is already a popular socialising location with a number of independent bars already forming a core of Sydney’s nightlife, but giving it formal recognition is a big step in the right direction for Sydney’s nightlife.

To celebrate the announcement there is going to be a ‘YCK Laneways Block Party’ which according to Time Out Sydney will be “a near two-month party filled with free, pop-up and ticketed events across a number of bars and public spaces. It’ll include ‘jazz crooners to drag queen quiz-mistresses, burlesque divas to disco DJs, stand-up comics to slam poets’ and more.

Recently there was a Night Economy Commissioner appointed in Sydney, and this just one of the positive developments to come from that role, including what Stoney Roads describe as “the roll-back of the archaic lockout laws.” This is all a part of what’s been labelled the ’24-hour Economy Strategy’. 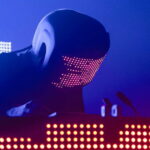 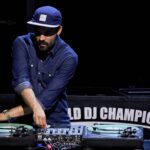