Headliners include Carl Cox, Tale Of Us, Mind Against, Christopher Coe and Eric Powell.

Carl Cox is one of the world’s most accomplished and in-demand DJs, so him headlining an event on his own is often considered a big deal, but PURE Festival have taken things up a notch with their world-class line-up.

Afterlife label owners and Italian duo Tale Of Us have become a dominant force in the world of melodic techno, and they are known for their epic DJ sets with soaring synth lines and driving percussion.

Mind Against is one of the artists synonymous with Tale Of Us’ record label Afterlife, and their live performances are the stuff of legend for those who have been lucky enough to experience the full force of their epic sets.

Bush Records label boss Eric Powell will be performing a DJ set alongside a live set by Awesome Soundwave’s Christopher Coe whose an Irish artist with close ties to Carl Cox’s record label.

Held over two stages with dazzling visual design and a new DnB sound rig, the event is known to be one of Australia’s best techno focused events.

The one-day festival is held at Melbourne Showgrounds on the 23rd of April 2022, and you can pick up tickets from HERE 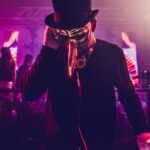 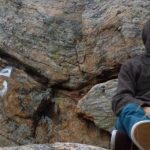