Opening in Melbourne, Australia is a centre for psychedelic drug therapy, which is the first of its kind for the area.

It’s being set up by a team of global experts and researchers from organisations such as King’s College London, University of Toronto and the University of Zurich. Called the ‘Psychae Institute’ it’s a not-for-profit organisation that will be responsible for developing psychedelic medicines to treat a variety of mental health disorders and some other medical conditions.

Some of its main research areas will include pre-clinical and clinical studies of psychedelics. Some of the studies will involve substances like ayahuasca which is a South American psychoactive plant medicine combination. Other drugs used for research and trials will be the likes of magic mushrooms and MDMA.

The centre plans to start developing psychedelic medicines this year, and in 2022 will start running clinical studies from its facilities.

There is already a demand for more advanced therapies to help people cope with and recover from mental health disorders, as lots of the ones currently used in medicine have strong side effects.

Daniel Perkins is the Co-Director Associate Professor of the Psychae Institute, and in a statement he said: “It’s an exciting time for research into psychedelics, with a growing body of rigorous scientific evidence indicating that these substances may provide a potent new class of treatments for mental health disorders and possibly other medical conditions.

“Today, many people with mental health conditions are becoming aware of this research and in desperation are accessing black market psilocybin, or flying to countries like Peru to use ayahuasca in non-clinical settings.

“The significant opportunity for us at Psychae Institute is to meaningfully increase the scientific and clinical evidence supporting the safe use of these compounds as therapies to eventually achieve drug registration with global regulators including the US Food and Drug Administration.” 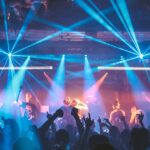 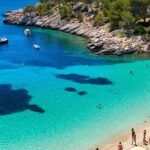