Aurelius Zon arrives on Traum Schallplatten which has previously released tracks from the likes of Dominik Eulberg, Extrawelt and Rober Babicz.

Traum Schallplatten is one of those special record labels that has been constantly pushing the limits of quality electronic music for more than 20 years has turned into one of the main top-notch labels. It is no coincidence that this Cologne based imprint has been the first home of artist like Dominik Eulberg, Extrawelt, Rober Babicz, Minilogue, Gabriel Ananda and Max Copper among others

Zon´s remarkable tracks have a large depth that directly correlates with his passion for nature and animals.
Aurelius has previously released on big labels like Iboga, and additionally, he runs his own Uzons Records label which has more than 15 releases in the last two years, many of them have been supported by prestigious artists including R Hawtin, Marco Carola and Joseph Capriati just to mention a few.

Undoubtedly the transcendental, deep and storytelling vibes which are felt when Aurelius Zon´s music is played, takes us into a magical journey on “Into The Depth of Your Soul” his latest composition signed by Traum. This piece clearly displays Aurelius´ cross-cultural roots; an elaborate mixture that fuses transcendental voices, beautiful melodies, dreamy atmospheres masterly melted with Latin percussions and grooves. All of these elements make “Into the Depth of Your Soul” a solid and prominent debut on Traum.

Tour de Traum XVIII will be out on December 6th and you can preorder it HERE. 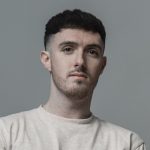 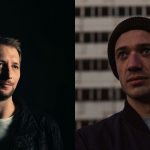