Ataxia are having a standout 2018 after big EPs on Play It Say It and Visionquest following other releases on Leftroom and Nervous. They are of course nine year residents at prominent Detroit venue TV Lounge and their fresh take on Motor City techno often comes with flashes of acid and makes cyber punks Ted Krisko and Eric Ricker one of the most interesting pairs in the game.

Other than a bit of the end of summer blues, things are great here in Detroit! Could’ve spent more time at Belle Isle and taken more trips up north to camp, but there’s always next year. Woulda, coulda, shoulda…we do love the fall though, as it tends to get us more in the techno spirit.

2. You’ve seen releases on Seth Troxler’s Play It Say It, Visionquest and Kevin Saunderson’s KMS Records so far this year. How are you feeling after a busy 2018 and how does it compare to 2017?

We are feeling surprisingly refreshed. 2017 was a transitional year for us. We had a lot of unreleased material at the time and focused on that as content for a live set. We debuted the live show at Movement, which was really crazy, and then toured with the show a bit around the states.

While comparing year to year isn’t our forte, I can say that we are happier with our output and consistency in the studio in 2018 than in 2017 and prior. We’ve improved our workflow and added some key pieces of kit for recording, which helped fuel a load of new projects.

2018 was a year of settling into a studio groove. Our eagerness to tour took a bit of a back seat to working on new music, so of course, we are less exhausted than in years past! We started working with some nice new labels over this last year that will be a real treat to release on.

3. What was the vision behind your most recent ‘Last Midi On Earth’ release on Kevin Saunderson’s KMS Records and how was it working with him and the label?

The A side “Last Midi…” really came together quick. The groove actually reminded me of Kevin playing the Main Stage in Hart Plaza at Movement Festival. He’s my favorite closer for that stage, no one seems more at home in that position than Kevin. The lead synth line was recorded in 1 take, just a jam over the top of the bassline & drums…sometimes you get in the zone and whatever you play just works. This was that kind of blind luck.

Working with KMS has been super easy. Dantiez (of The Saunderson Brothers) has been heading up A&R, and he and I go back a bit, so the process was natural. It wasn’t very long after sending the demo to him that he came back saying Kevin & crew were fully on board. Their family values are strong and we appreciate that in a label. We are going to be playing with Kevin Saunderson as E Dancer @ TV Lounge in Detroit on October 13th. It’s a KMS Origins party put on by Paxahau with Kevin, Delano Smith, The Saunderson Brohters & Ataxia. We’re psyched as it’s on home turf with the core KMS crew, so we’ll be getting down!

4. With Detroit having so many musical legends, which are your biggest inspirations?

5. Detroit has always had a reputation for keeping things organic and local. What’s the music scene like in the motor city nowadays? Does it still adopt this approach and what’s changed?

Detroit’s music scene is jammin! There has been countless changes, primarily with new restaurants and bars establishing at a swift rate, which has invited an influx of new visitors & city dwellers. We’ve got a lot of new people at the party. Dance music snobs tend to turn their nose at new folks, but in Motown, theres no time for that. It’s a long standing dream to have people of all walks of life uniting on the dance floor to let loose and forget their fears. Detroit is always organic, because the people who work in any industry here are in it together.

6. You’ve been residents at Detroit venue, ‘TV Lounge’ for nine years now. Can you tell us what you love about playing here?

It would be a shame to not highlight the staff first and foremost. There is no place on earth that treats their resident DJs like such family. From the ownership, management, bar staff to bathroom attendants, & of course, the DJs, we’re all family. Recently one of the staff passed away, and it truly felt like losing an immediate family member. Rest in peace, Earl Buggs! You were the kindest of the kind, and a legendary soul here on earth.

Mister Joshooa is the host with the most. I don’t know any other club bookers who bring you breakfast & cans during an early morning set. Josh always has a way of making the gig feel fun, whether you’re opening and playing for ten people or closing it out for hundreds. He even got an indoor horse for the club so we could pony up whenever we want!

7. Are there any young artists you’d like to shout about and what advice would you give for anyone starting out?

DJ Holographic is a critical up and comer representing Detroit on a global stage. She has been DJing some of the sickest undergrounds & clubs around the world for the past few years, and is a serious threat in the production world…just heard she spent the weekend recording with UR @ Submerge.

Loren is a fellow resident at TV & part of our My Baby label crew. She’s another globetrotter in recent years, taking the reigns on the decks at festivals, clubs, raves all across the planet. Not to mention she’s already done multiple Boiler Room streams. Her production style is slick, stripped down minimal techno & electro, super rad.

Ryan Dahl is a Detroit DJ and producer who lends himself to the electro & disco house side of things. The dude is something to be reckoned with! We just smashed the Promise Cherry Beach party in Toronto with him, and he had the 1000+ people dancing their asses off with smiles and hands in the air. His 2018 Movement Festival set was one of the best of the weekend, and really put him in my scopes as one of the sharpest DJs in town, so it was a serious privilege to do that gig in Canada together!

The learning never stops, so pretending to have it all figured out doesn’t do any favors for anyone. It’s easy to want it all now…If there was any advice to give, coming from experience, it would be to make music from the heart. If you’re making music from a business mindset, eventually, it will corrupt your art. Music is meant to be freeing, for the listener, and the creator.

8. Inside and outside of music, can you tell us what you are up to with your days now?

The days are rushed and never seem to have enough hours in them! Eric and I have been working on loads of music, including an album sketch for 2019. I book the Marble Bar in Detroit, so the administration aspect of that gig is constant, although a treat to be able to consistently present fresh lineups for Detroit’s pleasure. Aside from work & music, I spend my time volunteering as an advocate for the homeless in Detroit. Spreading the love and sharing the wealth is a part of the journey that has become my true passion, far beyond any career driven mentalities.

Rickers works for NASA, so when he isn’t in the studio or gigging, he’s helping lead our country’s space explorations into the future.

9. And finally what have you got in store musically for the coming months?

Upcoming we’ve got a vinyl only collaboration with our good friend Norm Talley on a UK label that has been kicking out serious house jams called “Out the Box”. Also, we’ve just got the green light from Carl Craig about some upcoming material he’s been checking of ours for another appearance on a Planet E project! Past these two releases, we’ve got some excellent things in store with Ralph Lawson and 20 20 Vision. 2019 here we come!

Ataxia ‘Last Midi on Earth is out on KMS Records on 24th September 2018. 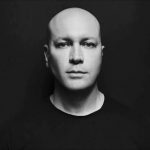 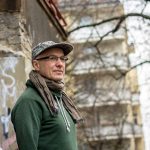