Apple Music has launched its new platform, Isgubhu, which is aimed to put a spotlight on the key people driving Africa’s ever-expanding electronic music scene.

“Isgubhu” translates from Zulu to English at “Beat” and will focus on curating playlists of African electronic music including sub-genres ranging from the funky techno-inspired Gqom to the house music variant Kwaito.

The debut playlist on the platform used a Black Cofee as its cover, and the South African artist stated that…

“It’s a true honour to be titled as the very first Isgubhu hero artist by my friends at Apple Music. To me, home is everything… the absolute core of my being. Bringing the sounds of South Africa to the world is a life-long mission I’ll never stop chasing after.”

The launch of Isgubhu is part of a broader initiative by Apple Music to increase their presence in the streaming market for African music, and give musicians from the African Nations a platform to get more global recognition.

Isgubhu is now available in 37 African countries including Nigeria, Madagascar, and Tanzania. 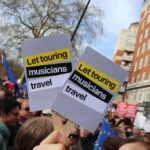 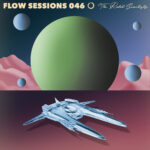