With Another Ambition having new music out now on Wide Angle Recordings we catch up with him for the latest episode of 12 Questions.

Another Ambition: Hi, I turned 31 this year and am based in South London. I have been DJ’ing since around 2002 and released my first record in 2004, I was 17 at the time and still in school so it was all pretty exciting! I have been part of a number of different projects and had various aliases since then so I have been involved in different parts of the electronic music scene.

Another Ambition: When I first got into electronic music I was mostly into Trance and Breaks, I remember listening to late night radio shows on Radio 1 or Kiss FM (two big stations in the UK) and knowing this was a sound I wanted to learn more about. For me it was always a hobby and something to enjoy rather than having pressures of making it a “career”, I wanted it to grow and develop naturally.  Two of my favourites back then were Graham Gold on Kiss FM and the Plump DJ’s.

Another Ambition: I started messing about with more basic music software like “Sony Acid” when I was young and picked it up fairly easily, I used to be busy making make tracks whilst all my friends were playing computer games! From there I moved on to Cubase and Logic, this was a step up but the foundations I had built taught me well. I think these days there are a lot of things that can be learnt from watching tutorials online and mostly for free, I think this is probably the best way to start. The other thing that really helped me in the early days was doing collaborations with other artists, it’s always good to work with others to see how they are doing things and share ideas.

4. What parts of the production process do you find the most difficult and what comes easiest for you? When you do hit a creative block what helps you through it?

Another Ambition: Good question, for me the “Music Theory” side of things took a while to learn, I was never classically trained to just I used to just to what sounded right, I did feel limited by this so focused on learning more about the Theory side of things which I feel has really opened more avenues creatively.

In terms of a creative block, I think one thing that can really help is to do some crate digging and using some classic sampling techniques. I think this is something that is often neglected these days in favour of dialing up a present on a software synth. If you look at the old genre defining records by the likes of The Prodigy, Daft Punk or The Chemical Brothers a lot of it was based on sampling, as long as you get creative with it then its all good in my book.

5. You have a new single out this week on Wide Angle Recordings; a smooth, melodic number called ‘Terminal Reaction’, alongside a gorgeous remix from Pole Folder.  Tell us how you approached writing the track, how it ended up on Wide Angle, the process behind the remixer selection and what’s coming later this year from you?

Another Ambition: To be honest its rare for me to approach a new track with a really strong idea of were I want it to go, I tend to just sit down, get in the creative zone and see where it ends up. I was looking for a new outlet to work with to expand the list of labels I am releasing with and when listening through tracks for my radio show and noticed some I liked on Wine Angle, with this in mind I decided to contact them and fortunately they wanted to get involved in the release. Blake from the label suggested Pole Folder as the remixer which I was really happy about as his production quality is top notch!

My next release will be and EP with one of my long-standing label partners Pineapple Digital so look out for that. I will also be busy with my monthly radio show “Into the Deep” which goes out on the di.fm progressive channel.

6. Apart from electronic music what other genres do you listen to and who are your favourite artists outside of electronic? and do these genres or artists have a direct effect on your own productions?

Another Ambition: I do find myself gravitating mostly towards electronic sounds but I listen to all kinds of stuff that I wouldn’t necessarily fit into my Another Ambition sets, artists like Flume or Justice for example. Outside of electronic, I really enjoy the British band “Public Service Broadcasting” their whole concept has a really cool creative edge with the voiceover sampling.

7. What was the first and last physical (CD, Vinyl, Cassette etc)  piece of music you bought?

Another Ambition: The first CD I bought was probably “Fat Of the Land” by the Prodigy, it’s an amazing record that still love to this day. The last was a Vinyl compilation of Northern Soul records; I watched an amazing documentary about this sound and happened to stumble across the vinyl. It’s a music style that was popular in northern England in the late 1960’s that was based on imports of heavy beat and fat tempo black American soul music, I like to think it somehow echo’s parts of the electronic music scene today!

8. Tell us something about yourself that might surprise people?

Another Ambition: One of my previous projects was a live Drum & Bass band (bonus points for anyone who can figure out the name!)

9.  What five tracks are you currently loving the most at the moment?

Another Ambition: In no particular Order:

10. Which producers consistently inspire you? And where else does your inspiration come from?

Another Ambition: I have massive respect for Yotto who is a producer from Finland that releases with the Anjunabeats crew. The production quality and ideas in his tracks are all next level. I also just discovered a producer called Ben Bohmer, he has a real touch for melody and some of his tracks also have that “breaks” vibe which is something I am planning to incorporate more into my own productions, I’ll be including a couple of his tracks in my next “Into the Deep” radio show. Inspiration wise I would say my family and friends that surround me.

11. There are countless producers out there trying to find their way and create their own unique sound like you have, what advice do you have for them?

Another Ambition: Its cliché but try to do things because they are different and be unique, music production is so accessible now and there are so many people doing it that you are not going to get anywhere unless you focus on doing something that is your own and will make you stand out from the crowd

Another Ambition: Planet Perfecto (Feat. Grace) – Not Over Yet

‘Terminal Reaction’ is out now on Wide Angle Recordings, you can purchase the release: here 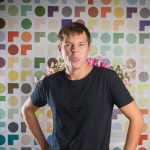 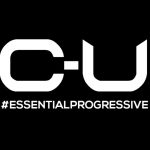