The Ziggo Dome opened its doors to 1,300 people in order to collect data that could help Dutch clubs open.

Clubbers in Amsterdam were given a break this weekend from the lockdown restrictions imposed on the nightlife industry. In order to perform an experiment aimed at assessing the risk of allowing people back onto the dance floor.

is Amsterdam’s largest music arena, and on Saturday it was opened for four hours and allowed attendance of 1,300 people.

Those participating in the experiment had their movements and contacts tracked throughout by a tag, which was used to investigate how events can safely be run again after lockdown.

People attending the event were split into five different “bubbles” containing 250 people and one containing just 50. The group in each bubble had different rules relating to things like social distancing.

Some of the people were told to stay on the dance floor, and others were given instructions about when and where to have on a face mask. One of the groups was given a drink to colour their saliva, and told to sing/shout as much as possible. The colouring means their saliva release could be monitored, and give an estimate of how much was released by people in times of dance floor revelry.

Saliva is of course one of the ways COVID-19 can be transferred through moisture particles, so this helps give data on how to properly risk assess a dance floor environment.

Holland’s government will use the collected data to help outline the best plan for reopening nightlife in the coming months. It was noted that many of the people asked to keep their masks on soon forgot, and took them off after getting lost dancing to the music. Data like that could suggest that expecting people to maintain mask-wearing on a dance floor is unrealistic, and things like that could influence the restrictions on clubs opening.

Fieldlab, was the organisation carrying out this experiment on behalf of the Dutch government, and in a statement, they said: “We hope this can lead to a tailor-made reopening of venues. Measures are now generic, allowing for instance a maximum of 100 guests at any event if coronavirus infections drop to a certain level. We hope for more specific measures, such as allowing the Ziggo Dome to open at half its capacity.”

For context, the Ziggo Dome normally has a capacity of 17,000, but the experiment only had 1,300 people in attendance. It’s also worth noting that 100,000 people applied, and the tickets sold out in 20 minutes. This gives us an unsurprising indication of how much people have missed dancing in music venues.

Everyone who attended had to have received a negative coronavirus test 48 hours before the event. Those in attendance were also asked to take another test five days after the event.

It’s positive to see experiments like this taking place, as at long last it shows governments around the world are serious about getting clubs and other nightlife open again. 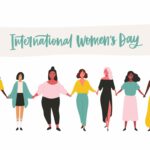 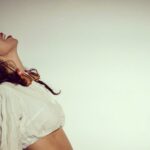