Amentia is a French duo whose Spiritual take on house music has been championed by the likes of Chapter 24, Sol Selectas and Bar 25.

Amentia’s new release is forthcoming on Sabo’s label Sol Selectas, and along with the two stunning originals, it also features two remix version from Noema.

Their new EP is titled “Conquete De L’Oued”, and along with premiere the track “Invocation”, we also caught up with the guys to find out more about the release…

We are childhood friends who grew up in the same neighborhood. Since then we’ve done all possible stuff together, from aggressive rollerskating to porto pancake baking! Now music seems to be a more definitive playground for our friendship as we combine great together. Raphael playing the piano and Etienne on drums, this helps us a lot to compose tracks.

Could you talk us through your new track “Invocation”, and the EP that it features on?

The music on this EP has a strong concept that tells the story of a man taking part in a shamanistic ceremony. Hypnotised by a psychedelic elixir, his consciousness enters a dream-like state where the lines of reality blur. Invocation uses percussion to represent his sense of reality with the rhythms guiding him along a path filled with swirling winds and heavy storm clouds. Second is “Conquête De L’Oued “ which is when the man awakes from one layer of the dream to find a mystical horse, which he rides through the desert valleys processing the lessons learned from the elders of his visions.

How did you meet the team behind Sol Selectas who are releasing your new EP, and is this your first release for the imprint?

We know Will and Helia from Sol Selectas since 3 years. We first got in touch as they liked our older track called « Serpent ». Over the past years we released one ep on their imprint, « Miracle d’Hwange » and several tracks for the renowned summer sol compilation. We couldn’t be more happy to be on their team. Sabo has always set high standards and given great advice for helping us. That’s something we appreciate a lot. It’s the first time we’ve released so many tracks on the same imprint, so we consider it as a real quality label.

Other labels are Amselcom, Bar25, Chapter 24, Traum Schallplatten. I think our best moment to date would be playing several gigs in Mauritius. It’s been our favorite destination so far. We can also mention the Sol Selectas showcase in New York 2017 at Knockdown Center. Playing in a crazy city with the label felt like a childhood dream come true.

We appreciate any kind of Dj or Musician supporting our music, also friends and family of course! We recently like a lot music from Flako or the new album from Portico Quartet.

What’s next in your schedule after the Conquete De L’Oued release hits stores ‪on the 9th of December‬?

We next have a remix for El mundo and PHCK coming out on Earthly delights in January. Otherwise many little surprises, such as live acoustic videos and new original tracks. We also are going to publish a video clip for our track called »piragua » based on footage taken from our latest trip to Lebanon, which was incredibly inspiring.

Thank you for supporting our music, we feel very lucky to be living so many incredible experiences in these past years. We are coming stronger in 2020! See you really soon at one of our next gigs with a new live show, we are preparing something special 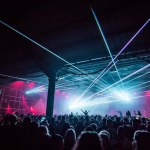 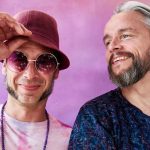