It’s a busy week for Allies For Everyone, in addition to releases on Ein2, Cenote and Fat Wax the NYC based artist reworks Lessovsky’s ‘Mirage’ into an emotive dance floor gem. On the cusp of that remix he checks in for the latest edition of What’s In Your Box.

D’Phault’s remix takes the great original and creates an intimate & sultry downtempo story, letting the vocals breathe and still inducing full-on dancing. For me, it sounds like relaxed deep house style jam bathed in a sort of trip-hop aesthetic. A very nice track to throw in a deejay set to change things up.

Miyagi ft Allies For Everyone – Clouds

This is the first time I’ve written lyrics for someone else’s music, and the first time I’ve sung on someone else’s track. Music must create an emotional response or spark an idea about something personal so I can write and sing lyrics that do not feel forced, cheap or out of place. Miyagi sent me this beautiful and subtle track and I felt right at home writing along with it.

The first half of this remix is a great sexy groove leading into the beautiful soft vocal during the break down..but then … a beautiful 80’s sounding synth sneaks in a few measures prior to the drop and it feels perfect!

First off: I love the original mix! And on this remix, Engelhardt perfectly allows the vocal to take center stage when it comes in, creating such a haunting and driving vox melody over the bassline. The lead synth is a bit dirty and dreary which helps draw me into the world of this tune.

I’m drawn into this track from the very beginning. I love a good 90’s trancy operatic vocal layer. The driving baseline and clean kick n clap makes it pretty impossible to not bop around to it. And the way certain elements just appear for a few moments and then they’re gone forever – that happens with the operatic layer in the first couple minutes and then again with an arpeggio that slides in for about a minute. This is like a nice techno fairytale.

This track is so clean and perfectly easy to get into. The percussion and the synth sounds give it a Hi-NRG or “Italo Disco meets Tech House” vibe. Always nice to hear a track that could happily live in multiple eras.

The song is so strong. It’s a perfectly drawn out progression that isn’t just screaming ‘dance’ into your face. It just sorta exists and you fall into it. The vocals are perfectly laid back and powerful. I have a complete emotional response to this one.

Allies For Everyone – Coral

For this one, I took off into the forest spending hours alone clearing my head as best I could, trying to focus on how I felt in that space. I recorded the sounds around me, capturing my feet clomping over rocks, dead leaves and twigs. I then created some sounds with wood and rocks. When I started to write, I tried to create something that spoke about the feeling I have when I’m in the forest: freedom, safety, wonder, and calmness. There’s a drawn out chord and bass progression with a breakdown that quiets to my footsteps. And there’s an oboe-sounding synth walking softly through the main bassline as my feet did through the forest, joining in its tune rather than creating my own.

Lessovsky – Mirage (Allies For Everyone Remix)

The end result I was aiming for with this remix of Lessovksy’s track was a breezy, uplifting, progressive house interpretation of the original. I built off the existing synths and let the tune creep in piece-by-piece over the first two minutes.

This mix is so dang sexy. I love the tempo, the throbbing bass and the thin horn-sounding synth melody laying over it. The vocoded vox is what really got me hooked. Though there aren’t any vocals in the beautiful original, Fairmont told me the vox in the remix popped into his head when he was creating it. They work so perfectly, adding a sort of sweet danger to the track.

Allies For Everyone has new music out now on Making You Dance, you can purchase the release: here 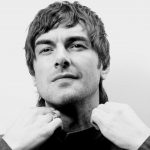