Combining a hypnotic, syncopated drum beat with Shannon’s intriguing vocals and adding his own twist to the pioneering 303 bassline, Fitzpatrick’s trademark big-room techno sound permeates through the club-ready remix. Meanwhile, his ‘6AM Terrace Mix’ eases off on the intensity providing a more nostalgic ode to the original but still brimming with infectious dancefloor energy.

Originally released in 1983, ‘Let The Music Play’ was the first of Shannon’s four #1 singles on the ‘US Dance Club Songs’ chart. It also peaked at #2 on the ‘Hot R&B/Hip-Hop Songs’ chart and #8 on the ‘Billboard Hot 100’, with many regarding it as the beginning of the ‘dance-pop’ era.

To celebrate 40 years since the label was inaugurated, Unidisc is utilising its extensive and plentiful supply of dance music classics to create an exceptional collection of remixes from an all-star cast of today’s dance music talent. It was kick-started with the Claptone remix of the Trans-X classic ‘Living On Video’ and Jacques Greene’s take on the Lime favourite ‘Babe We’re Gonna Love Tonight’, with the likes of Carl Cox and Purple Disco Machine also set to contribute to this exciting Unidisc anniversary project.

Over its four-decade-long lifetime, Unidisc has constantly evolved and shifted with the times –  formed in 1977 it quickly became one of Canada’s largest independent record labels, building a reputation around its Italo disco and Hi-NRG output from artists such as Lime, France Joli, and Geraldine Hunt. Unidisc went on to spawn a national movement that was a precursor to the arrival of global stars like Richie Hawtin, John Aquaviva and Mistress Barbara.

A man who needs little introduction, techno legend Alan Fitzpatrick has spent the last decade carving out his musical niche and holding rank in the upper echelons of the underground electronic world. His stellar club tracks have found their way onto some of the scene’s finest labels, including Drumcode, Hotflush, Cocoon, Hot Creations, Unknown To The Unknown and FFRR.

Another Unidisc classic receives the remix treatment from a contemporary dance music favourite, and you can pick up a copy HERE 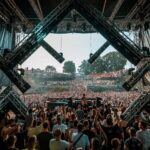 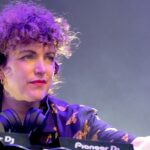