Andy Barker was part of 808 State, which are a highly influential electronic music group that formed in 1987.

808 State have roots in the Manchester, UK club scene, and started their career in the heyday of the world-famous Haçienda nightclub that was at the heart of UK rave culture. They took their name from the Roland TR-808 drum machine, which was a part of their sound.

The group’s founding members are Graham Massey, Martin Price and Gerald Simpson. When Gerald Simpson left the group to focus on his solo project A Guy Called Gerald, the band invited Andy Barker to join as bassist and keyboard player for 808 State.

Andy Barker’s passing away was confirmed on the 7th of November via a message on the official 808 State social media pages, which reads: “It’s with a heavy heart I have to deliver the tragic news of the passing of Andy Barker — here is a statement from his immediate family,” the statement read. “After a happy life Andrew Barker experienced a short period of illness and passed away in his hometown of Manchester yesterday, Saturday 6th November. His family and friends asks that people respect their privacy at this time but remember him for the joy he brought through his personality and music. You’ll be sadly missed.”

Many around the world are familiar with 808 State’s chart-topping singles such as ‘Pacific State’ and ‘In Yer Face’. They were one of the first electronic music groups to get mainstream success, and laid foundations that helped make the genre what it is today.

In 2019, 808 State released their first album in 17 years, but at that point, it was just Andy Barker and Graham Massey who were still active members of the band.

His music will never be forgotten, and many from the electronic music industry have been paying their respects on social media.

Its with a heavy heart to inform you of the passing of Andrew Barker . “His family and friends asks that people respect their privacy at this time but remember him for the joy he brought through his personality and music. You’ll be sadly missed” pic.twitter.com/cPR8W3byJl 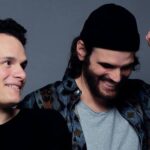 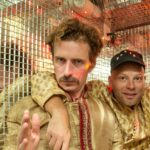