A recent study from the Night Time Industries Association (NTIA) has predicted 80% of UK clubs could be close by March if they don’t get financial support from the Government.

It’s now been nearly a full year that clubs across the UK have been closed, and its been a similar story in most other parts of the world. The pandemic has hit the night life industry hard, and NTIA surveyed over 100 clubs to find out more about the current struggles they are facing.

The main concerns highlighted are a lack of appropriate financial support, and an unclear exit strategy for reopening venues again, which is leaving many venue owners with uncertainty about the future of their business.

100 nightclubs were surveyed including the likes of Egg in London, Sub Club in Glasgow, and many other leading UK venues. NTIA found that 88% of clubs in the UK are in more than two months of rent arrears, 86% had been forced to make staff redundancies. 65% of venues revealed they had been left no other option than to lay off 60% of their workforce with redundancies before the end of 2020.

This increased level of unemployment is a real worry for the stability of anyone whose career has been linked to the nightlife industry, and most worrying still is that 43% of venues have not received any kind of financial support or grant from the government.

Michael Kill (the CEO of the NTIA), said that we are “on the cusp of losing a cultural institution”, and continued to say “We have faced extreme adversity during this pandemic battling against financial hardship, increased regulatory constraints, business critical planning changes, financial services turning their backs on us and the continued refusal for the leaders of this country to mention Nightclubs or Late Night venues within the narrative – this is not negligence, this an intention to cull the sector advertently”.

It appears from the study that the Government has provided little to no support for the sector, and has failed to recognise the economic and cultural value of the UK’s club scene

The UK Government has been vocal about offering financial support to everything from music venues to theatres, critics continue to argue more money and targeted support is needed.

The NTIA has been a consistent vocal force throughout the pandemic and the subsequent shut down of the UK’s nightlife, most recently working with the government’s new All Party Parliamentary Group on their Night Time Economy taskforce.

We close this with the worrying concerns of Michael Kill has previously stated that “the Government has led us to believe that they are intentionally aiming to collapse our sector”.

Here at Flow Music we are excited for the news of the vaccine roll-out, and send out thoughts and wished out to all those in the nightlife industry who have been battling through the financial hardships of the COVID pandemic lockdown.

You can find more info and help support NTIA from HERE 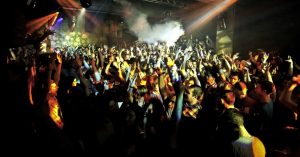 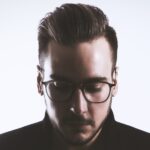 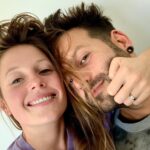